A couple of weeks ago I saw this hackernews article about a method of text rendering to increase text readability. The algorithm is pretty simple: highlight the first few characters of each word (how many characters depends on the size of the word). Here is a screenshot of what it looks like from its website: 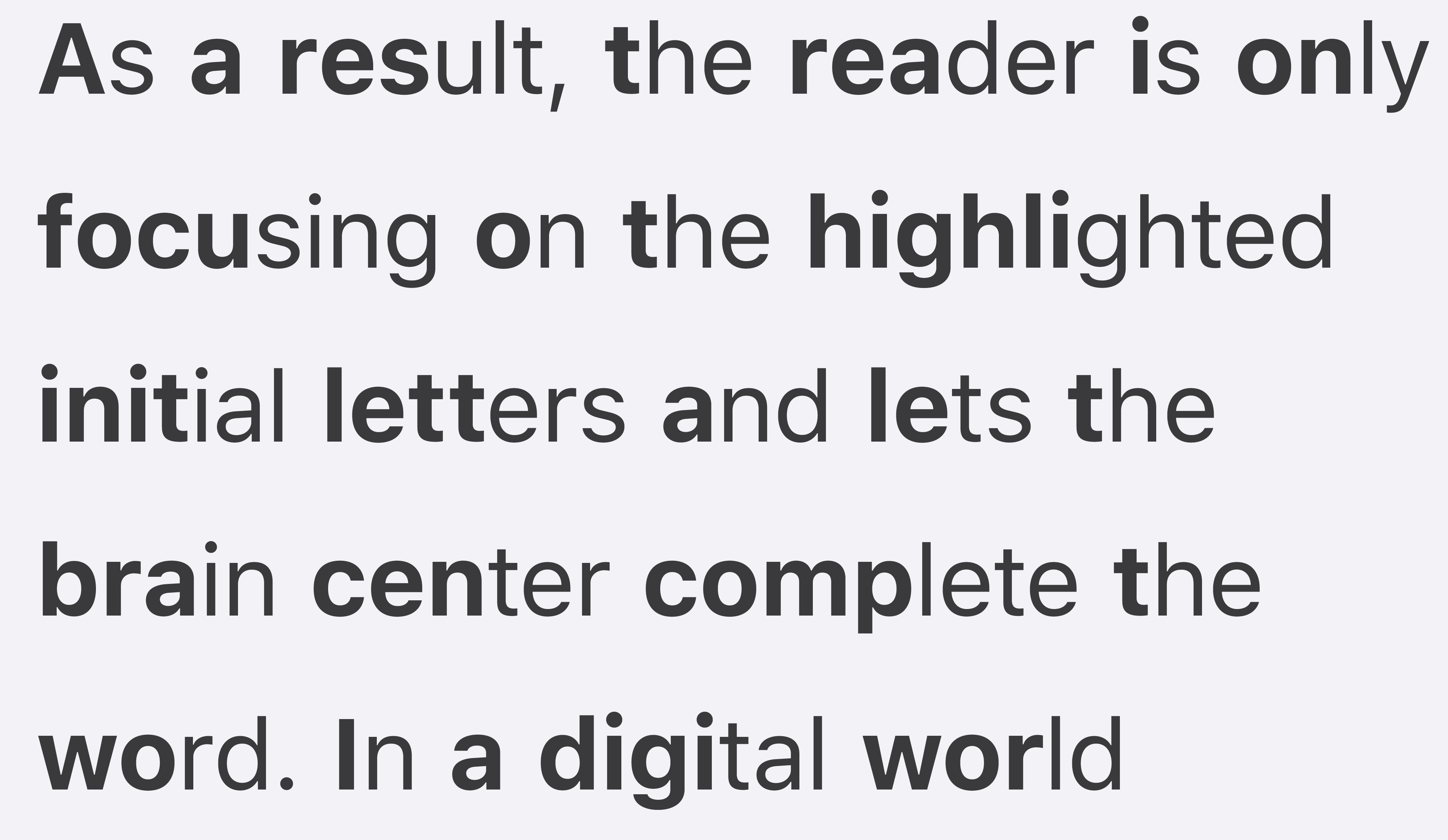 First of all, we need a character-based language model. I used a single-character version of reformer fine tuned for enwiki8 dataset which is available on huggingface (as I will mention in the notes section, this is a huge overkill but whatever, this is just an experiment ;) ). Let’s test it:

If we wanted to highlight the word “prediction” using the language model, it would look something like this: prediction, only the characters which language model got wrong are highlighted. I implemented this in sioyek PDF reader and the results look like this (if it looks blurry open the image in a new tab and zoom in):

I find sudden highlights in the middle of a word a little off-putting, let’s change it so that a word is highlighted from the begining until the last mispredicted character. Using this scheme, prediction would become prediction (I call this process refinement). It looks like this in sioyek:

It looks much better, but still words like continued annoy me. If I have already read most of the word, there is little benefit in hiding the rest. So I changed it such that if more than 50% of a word is highlighted, we highlight the entire word (I call this process filling). It looks like this:

Here is a comparison of different highlight modes and the original (bionic) heuristic:

For performance reasons, instead of feeding the entire page from the begining to the point where I want to predict, I only feed the last n characters before the prediction points. Here is a comparison of the results for different values of n:

It seems that we reach dimininshing returns at about 30 characters.

If you want to try these out on a PDF file, you can download the latest experimental version of sioyek. Here are the relevant configurations:

For example here is the relevant parts in my prefs_user.config:

Of course we have default values for all of these configs so you don’t have to change anything if you are comfortable with the default settings.

Now, in order to use this feature, run the summary_highlight_server.py script and then enable highlights in sioyek by executing toggle_fastread command (press : and type toggle_fastread, it may take a few seconds to compute highlights depending on your GPU).